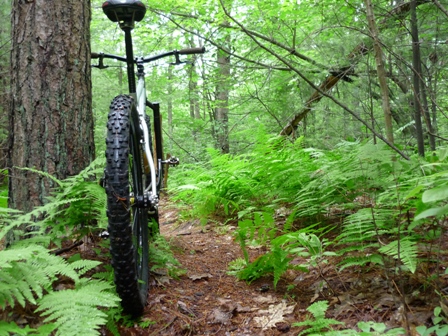 It’s been a while since I last rode Harold Parker; since the seasonal trail closure was lifted at the Fells, I’ve been siding with convenience for my occasional dirt excursions. Today I made the decision to take a drive back to Parker and see whether it was everything I remembered. It was. 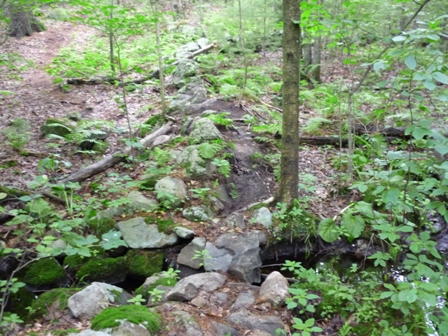 We’ve had a steady parade of rain showers in the afternoons and overnight for the last several days, creating a verdant, almost surreal landscape for today’s exploration. I ventured out a bit further into the park than I have in the past and discovered more and more amazing singletrack - this place has it in spades and I’ve only scratched the surface. The moist soil afforded traction like you read about, and was counterpointed by damp rocks and logs that did their level best to remind me to always be watching my line. I was in heaven. 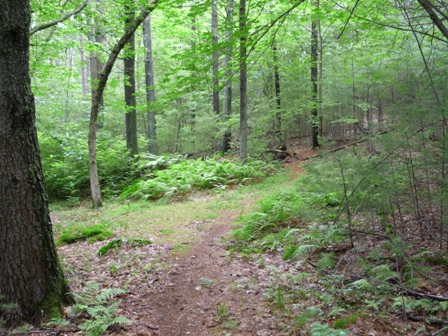 Despite being mid-day on a Saturday, and a holiday weekend, no less, I never crossed paths with another person in the course of my convoluted loop. I rolled my way over hill and dale, turning randomly at the various trail intersections until I reached a point where I decided to begin wending my way back. Still, with no prior knowledge of the trails I was on, no markers to indicate my position, and no map, the second half of the ride was as meandering as the first. I’m fair certain that this only added to the experience of the day - for me, the thrill of discovery is a large part of what mountain biking is all about.


One Response to “Another Parker Day”